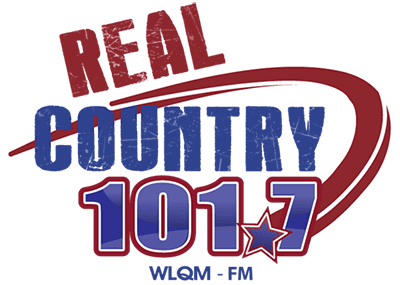 I’ve always been a late bloomer in life, and the same goes for me and motherhood.  So many people would ask me in my late twenties and thirties why I didn’t have kids yet. For me, it wasn’t a choice, as it turns out, I am infertile. So, it took me ten years and a lot of science to finally achieve motherhood.  (For the record, NEVER ask someone where the babies are. You never know what someone is going through, and frankly, it’s really noone’s business!)  Last October, at the age of thirty-eight, I finally gave birth to the most amazing baby ever.  And, yes, I was a bit apprehensive at first about my age. I would hear people say things about older moms being selfish because they would be “old moms” and it “wasn’t fair to the kid”. Not to mention what problems could arise with being an “older” pregnant person.  Guess what? Everything was fine. I had a great pregnancy, and a gorgeous baby afterwards.  And three and a half months into motherhood as someone who is looking Middle Age right in the face, I have to say that there are definitely some advantages to having kids later on in life.  Here’s just a few of them:

#1: You Know Yourself Better

Thirty-eight year-old me has it waaaay more together than twenty-eight year old me did.  I know myself, and I like myself. It takes awhile to get to that point, and it definitely helps to have that settled state of mind when bringing a new life into the world.  Hormones are no joke, and having a stable emotional state before going through all of that is golden.  AND you’re less likely to lose yourself after having a child, because you have that many more years to develop who you are outside of being a mother. That’s been a game-changer for me.

#2: You Have More to Give Emotionally

When my husband and I started trying to conceive when I was twenty-eight, I was concerned that I wouldn’t have enough life experience to give a child.  I learned and experienced a lot in the past decade, and I feel that I have more that I can teach my little man about life.  I’m in a much stronger place now, and much less apprehensive about what I can offer a child as a mother.  Just one less thing to worry about!

#3:  You’re Most Likely Better Off Financially

Babies, as adorable as they are, are NOT cheap.  Diapers, in my case, formula, all the things babies need like car seats, strollers, a bassinet… the list goes on and on. It’s daunting for sure, but less so now than it would have been a decade ago.   My husband and I were able to work hard, save money, advance our careers, and finally afford In Vitro (which is crazy expensive) and afford a baby and all that goes with having one.  Eventually when I need to have child care, that won’t be as much as a financial burden as would have been in the past. So, another win for the older mother!

I’ve heard mothers in their twenties talk about what they have had to give up in order to be a mother, and I totally get it. Babies are time consuming, and you can’t be as footloose and fancy free with one as you would be without one.  But at my age, I don’t care at all. I have lived one heck of a full life, and I have done everything I have particulary wanted to do these past eighteen years, so I was fully ready to let go of things I didn’t care about anymore. And honestly? I don’t miss any of it.  Travelling, sleeping in, being self-indulgent… I did plenty of it, and I welcome the change, and it’s for a wonderful cause. Also, I’m finding that you can have a full, fun life with a baby.  You just have to make some adjustments that at my age, aren’t even a thing. Plus, going to be early is my JAM.  Younger me would have not appreciated that as much.

One guarantee about pregnancy and having a baby is that EVERYONE wants to tell you what to do, or just comment on how you do it. Some of the advice is really good, and most of it is well-meaning. But some of it is just downright annoying.  Being older, you’re less sensitive (at least I am) and just shrug my shoulders and go about my merry way.  Younger me would have been caught up with trying to please and impress everyone, which is just damned impossible.  This is especially so if you’re like me and physically unable to breastfeed… the breastfeeding mafia is loud and proud.  You know what? My baby is healthy and thriving, and so am I. That’s enough for me.

#6: You Are Better at Letting Things Go

Here’s a fun fact about motherhood: You are going to mess up. There is no perfect mother, and having enough life experience behind me has taught me that very little goes exactly to plan, least of all motherhood. Did I want or expect a C-section? Hell no. But it happened, and I got over it.  I have left the diaper bag and the stroller at home several times, and I am incapable of not running the stroller into things at the store.  I once accidentally turned the shower on while trying to bath the baby (ok, that was terrifying, but I never did that again)… but instead of beating myself up over things and feeling like a bad mother, I just learn and move on.  A happy mom is a good mom, and guess what? Noone gets it right 100% of the time.

Since it took me so long to have a baby, I definitely appreciate the miracle that having one is, and even when things get frustrating at times (like cluster-feeding or non-stop pooping) I am able to stop and realize that I almost missed it, and I am so glad that I didn’t.  I wouldn’t trade it for the world, and I am forever grateful that I am finally able to experience it. Sure a little later than expected, but all in God’s time.  And being an older mother isn’t so bad after all, and I am thankful for the life experiences that have shaped me into the person I am now, instead of being bitter and angry that it took me so long to get here. It all worked out as it should have.

So, if you are of “Advance Maternal Age” or having struggles with fertility like I have, just know that you DO have time, and it might even work out better in the end.  I’m not saying that it’s better having a baby when you’re older, but it’s not all bad either. Just know that things work out how and when they’re supposed to, and to hell with the naysayers and the haters.  I may well be one of the older women at the playground soon, but I bet I’ll have better stories, too!

The only downside?  Now I want more kids, and that may or may not happen. Oh well, you can’t have it all!  Another lesson learned. But I’m going to love the fire out of the one I’ve got!